This summer, Carrie Airhart, Policy and Licensing Specialist for Merakey’s Children and Family Division, hired a contractor to do some construction on her home. 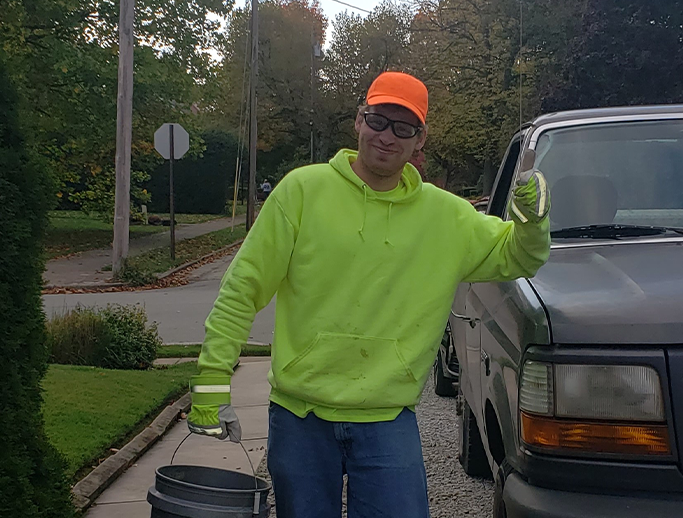 This summer, Carrie Airhart, Policy and Licensing Specialist for Merakey’s Children and Family Division, hired a contractor to do some construction on her home. After learning that Carrie worked at Merakey, the contractor mentioned that he hires people with autism to be part of his work crew. On the first day of construction, a young man named Michael arrived at Carrie’s home and introduced himself. They immediately remembered each other from when Michael attended the Merakey Autism Center in Latrobe, PA a few years ago. It was a special moment for both Michael and Carrie since she had not seen him since he graduated.

Michael shared with Carrie that he has been working in construction since he was 16 years old, and that he has held a second job at McDonalds for the past seven years. He also told Carrie that he still enjoys learning about history, especially the War of 1812, and applying the math skills he learned while in school to his construction projects. Due to the physical nature of his job, he is glad that he participated in sports, such as basketball, to keep him active. One of his favorite memories at the Merakey Autism Center was working at the in-school café, Puzzlers, because it gave him on-the-job training and skills needed to successfully transition to employment at McDonald’s.

Michael told Carrie that he feels successful and stated, “You can do anything you want to do, as long as you put your mind to it. “

Merakey agrees with Michael and we are very proud of all his accomplishments and successes!